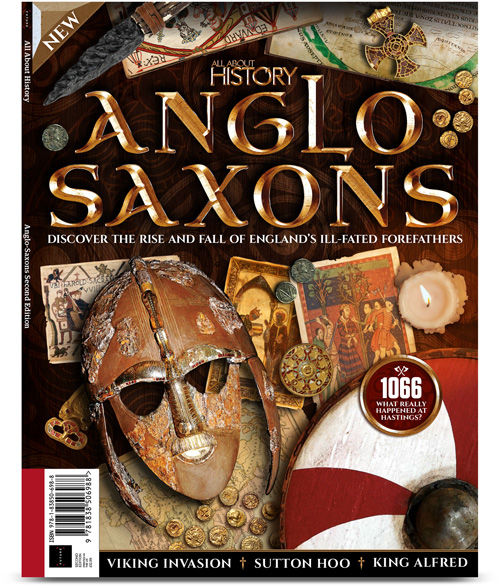 Published 20th February 2020
UK cover price is £12.99, overall price above includes shipping costs.
When William the Conqueror won on the battlefield in 1066, he didn’t just usurp a country’s throne – he personally oversaw the end of a vibrant and lively era of British history. He stamped out every last trace of it that he could, but no matter how hard he tried, the legacy of the Anglo-Saxons would live on.
In All About History Book of the Anglo-Saxons, uncover how seven separate kingdoms slowly joined together, and find out why King Alfred became known as ‘the Great’. Explore what life was really like, and meet the deadly Viking raiders who managed to conquer part of England. Get up close and personal with the final Anglo-Saxon kings, and reveal what really happened in the last days before everything changed forever…"
Page count: 132