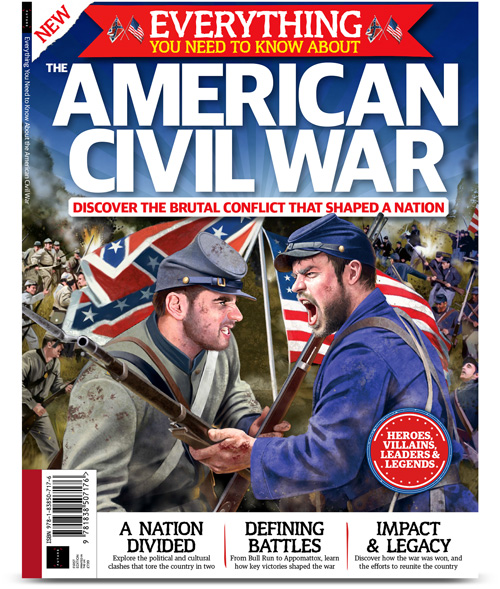 Everything You Need to Know About.. The American Civil War

Published 27th February 2020
UK cover price is £7.99, overall price above includes shipping costs.
On 12 April 1861, the first shots of the American Civil War were fired at Fort Sumter in what would become the bloodiest war in American history. In just four years, more than 600,000 men were killed as a fractured young nation fought to decide its future.
In this book, we explore the origins of the conflict, including the divisive issue of slavery, the North’s attempts to preserve the Union and South’s demands for autonomy. In-depth features of major battles examine the true horrors of the war, while battle maps reveal the tactics that decided the likes of Antietam and Gettysburg. Discover the key leaders and military masterminds whose decisions shaped the conflict, and the sacrifices of the soldiers on both sides.
While the war may have ended in 1865, the United States remained bitterly divided for many years. We explore the Reconstruction era, attempts to heal the country’s wounds, and the impact the war has had on American history.
Page count: 116